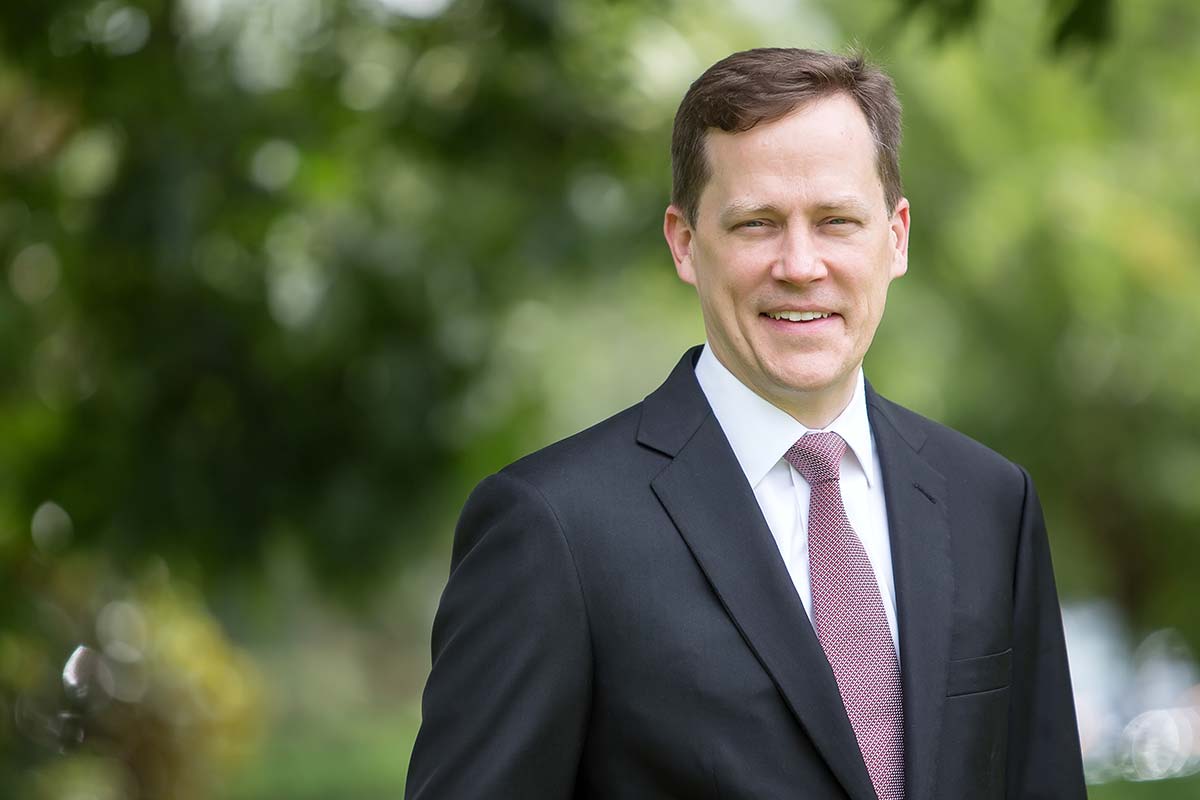 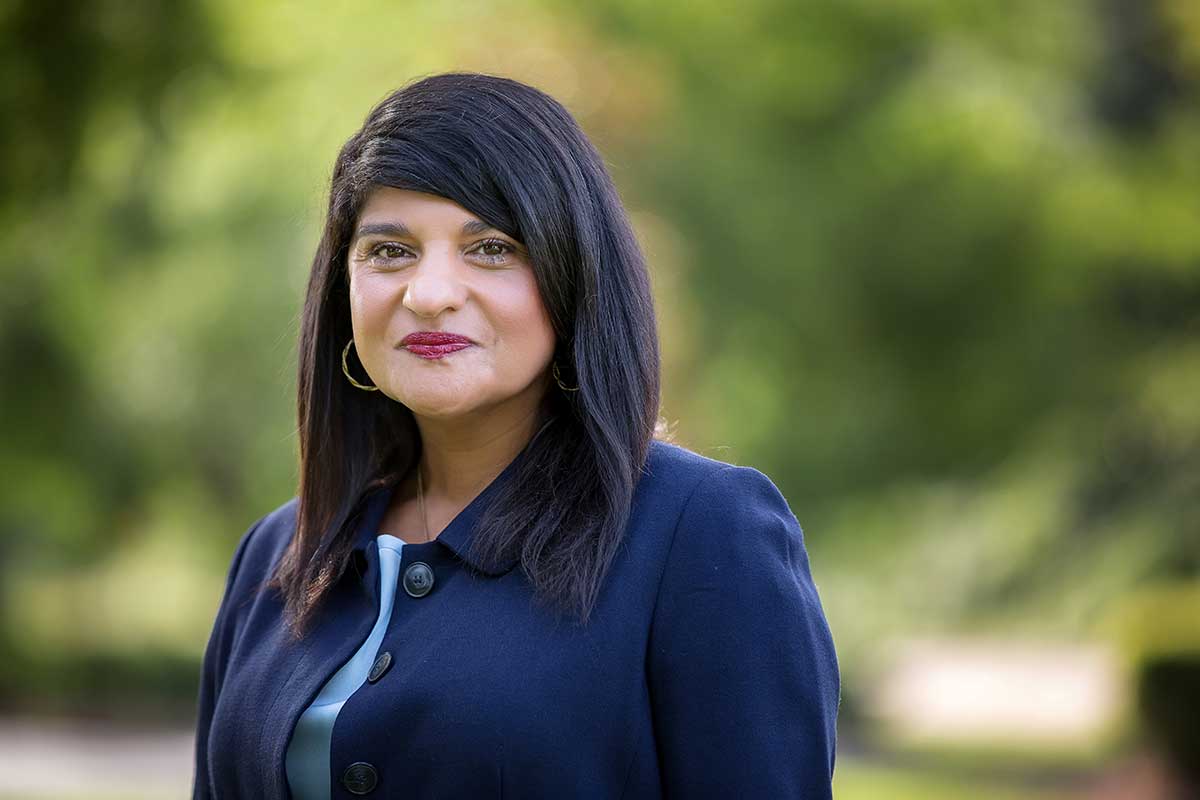 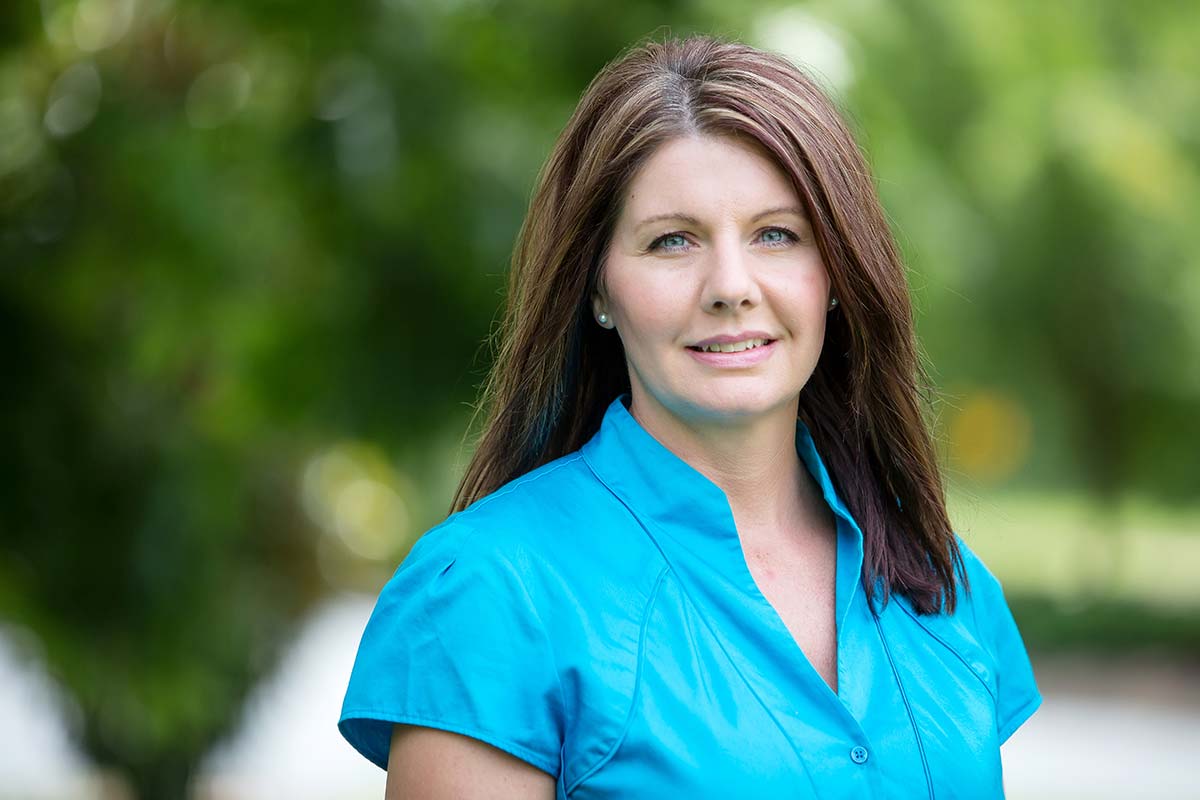 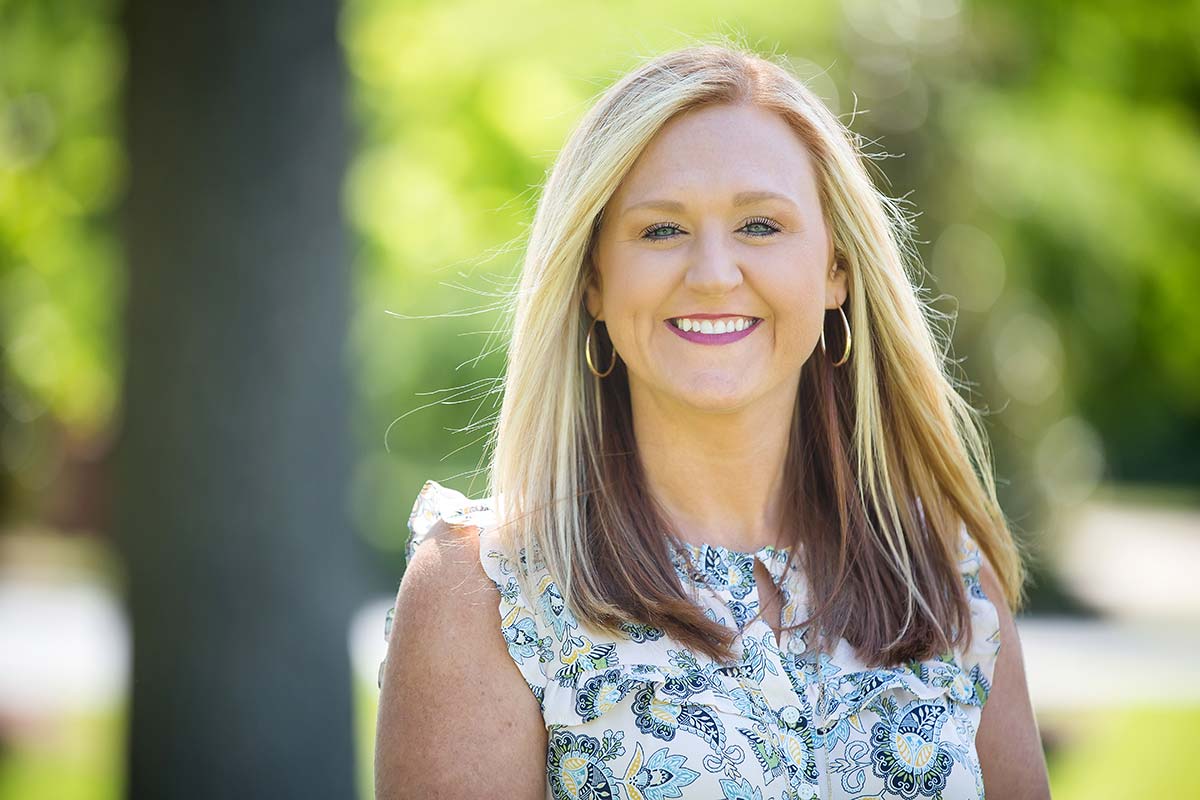 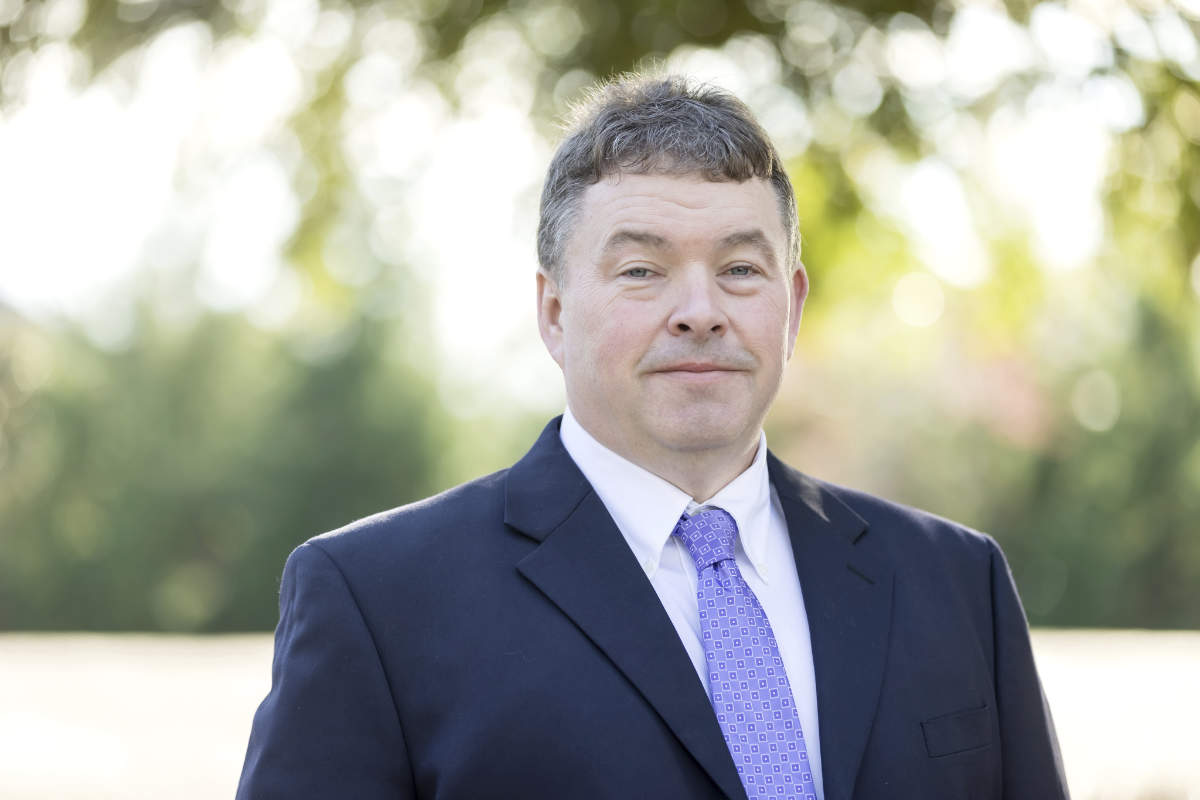 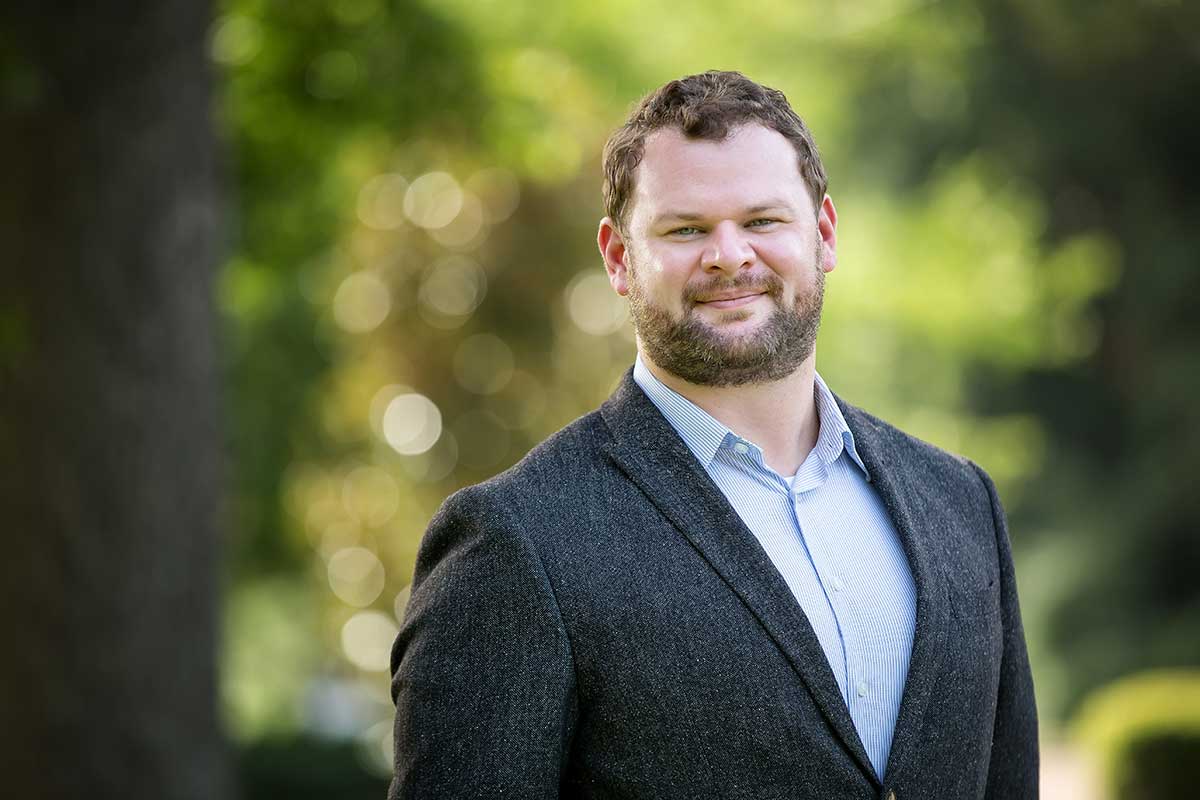 Ray is a Mississippi native and a graduate of Millsaps College and the Mississippi College School of Law. He holds an undergraduate degree in business, a Masters of Business Administration, and a Juris Doctorate. Ray began his career in the restaurant business while in school. He was recruited to run a group of restaurants in his last year of law school and completed his degree while running 26 restaurants in three states for Jackies International, Inc. In December of 1996, he left that position to start The Sunray Companies, LLC when he purchased a single restaurant in Jackson, MS.

Over the past 22 years, he has grown The Sunray Companies to over 30 properties that currently include Palm Beach Tan tanning salons, Massage Envy Spas, Hampton Inn and Holiday Inn Express hotels. Along with owning and operating these units, Ray earned his contractor’s license almost 20 years ago, and began building as well. With Ray’s expertise in development, construction and operations, The Sunray Companies is an award-winning operations company that has received over 35 national awards in the past 16 years.

Monica, a Mississippi native, is a graduate of Millsaps College and holds a Bachelor’s degree in Chemistry. In November 2017, Monica graduated with a certificate from the Owner/President Management Program (OPM) at Harvard Business School. OPM is a rigorous, 9-week Executive Education program held over a 3-year period for business owners and entrepreneurs with at least 15 years of management experience and hold a major equity stake in their company.

Monica began her career working for her family as a restaurant manager when she finished college in 1988 at the age of 18. She quickly moved up to multi-unit and multi-concept management ultimately running a conglomerate of restaurants, hotels and convenience stores with up to 70 locations and 1,600 employees as Executive Vice President of Jackies International, Inc. and Certified Hospitality Corp, Inc. for over 20 years. Along with Ray, Monica also founded The Sunray Companies in 1996. In 2017, Monica joined the Sunray leadership team full-time as part of the strategic planning focus for the company. Monica’s expertise in systems, operations, project management and human resource development adds significant depth to the capabilities of The Sunray Companies.

Monica was named to the 50 Leading Business Women in 2003 and the Top 40 under 40 in 2004 by the Mississippi Business Journal. She completed the Emory University IAHI/IHG Leadership Institute in 2007. Monica is also passionate about giving back to the Mississippi community and volunteers time for a variety of Mississippi-based charities and organizations including serving as a Trustee for Millsaps College for 15 years.

“From everyone to whom much has been given, much will be required.”

A Mississippi resident since the age of six, Amber joined  The Sunray Companies in February 2017. Amber is a graduate of the University of Southern Mississippi and holds an undergraduate degree in journalism (public relations emphasis) and a Master's of Science in Public Relations. She has over 17 years of experience in her prior position as Director of Marketing for a regional hospitality company with a portfolio of over 40 restaurants and hotels employing more than 800 team members.

Amber enjoys traveling, interior design and volunteering her time in the community.  She currently serves as both PR Chair and Mistletoe Marketplace 2018 Promotions Chair for the Junior League of Jackson. She has held the position of President for the Canton Chamber of Commerce/Main Street Association board of directors for two separate terms. She was also named Top 40 Under 40 by the Mississippi Business Journal in 2006. She and her husband Mike reside in Madison with their two children.

“Passion is energy. Feel the power that comes from focusing on what excites you.”

Amy is a graduate of Southeastern Louisiana University, and served in the Louisiana Army National Guard for six years. She has over 16 years of experience in the hotel industry, and began her career with The Sunray Companies as Director of Sales in 2006. Amy’s passion for hospitality and focus on caring for guests is the engine that drives The Sunray Companies’ hotel division.  Amy currently serves as Treasurer of the Louisiana Hotel & Lodging Association; President of the Tangipahoa Parish Hotel & Lodging Association; and is a Board Member of the Tangipahoa Parish Convention & Visitor Bureau.

“There are painters who transform the sun into a yellow spot, but there are others who with the help of their art, and their intelligence, transform a yellow spot into the sun.”

A graduate of Holmes Community College, Catherine’s journey with The Sunray Companies began in 2006 as a key holder at Palm Beach Tan in Ridgeland. With her passion for operations and training, she quickly moved to general manager and training/development manager for Palm Beach Tan. In 2010, Catherine was promoted to General Manager of Massage Envy in Flowood and then to Senior District Manager for the Massage Envy division in 2011. Catherine was instrumental in the opening of our first seven Massage Envy clinics and was named Supervisor of the Year for 2016. Catherine was promoted to Director of Operations for the Massage Envy division and then to Director of Operations for our Retail Divisions in late 2018. Catherine’s current role allows her to utilize her talents in systems, efficiencies, training and development to create dynamic retail divisions that are results-driven. Catherine resides in Brandon with her husband, Chris, and her two adorable boys, Hayes and Jax.

“Be fearless in the pursuit of what sets your soul on fire.”

Chris became part of The Sunray Companies’ history when he trained Mr. Harrigill’s first Blockbuster Manager in 1999 while working for another Blockbuster franchisee.  After Blockbuster shuttered its’ operations, Chris formally began his career with The Sunray Companies as Manager when he was recruited to open the Massage Envy Maywood Mart Location in December of 2011. Under his direction, the location achieved the Massage Envy Corporate Million Dollar Club status in 2013. Chris was promoted to District Manager in February of 2014, bringing over 25 years of retail and customer service management experience to the corporate support staff. In late fall 2018, Chris was promoted to Director of Operations for the Massage Envy division. Chris’s consistent execution and operational experience along with his gift for building teams add great value to the Massage Envy division. He graduated with a B.A. in Business Administration from Mississippi College in 1993.

“Confidence is contagious and so is lack of confidence, and a customer will recognize both.”

Jayme graduated from Mississippi College with his BSBA in accounting and earned his Certified Public Accountant license in 2014. Jayme worked in public accounting with specialization in auditing for the past eight years. He is a member of AICPA and Mississippi Society of CPAs. Jayme joined Sunray as Director of Accounting & Finance in 2018 and currently resides in Brandon with his two children.

“A successful man is one who can lay a firm foundation with the bricks others have thrown at him.”